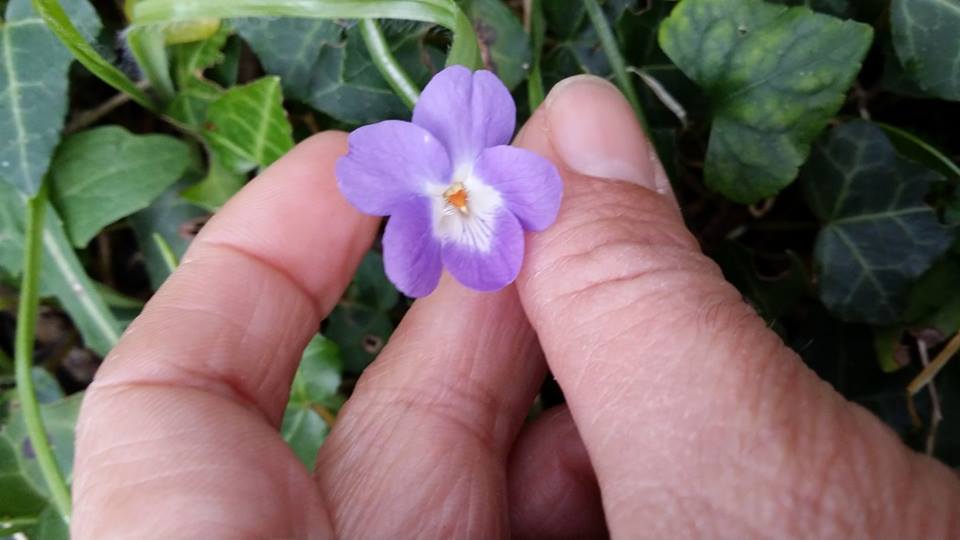 “My grandmother used to tell me: ‘Put violets under your pillow to have the sweetest sleep. They are great for anger.’ ‘The flower tea is relaxing – it is good for coughing.’ And other things that I don’t remember anymore.” (Eleni Neratzi)

“Violets have a delicate fragrant odor and our grandmothers used to say that we should have at least forty in order to harvest them and bring them into the house, so that they would bring luck, and we would have a great year with health and all; so that the hens and the turkeys would have plenty of eggs and young birds. The same went for wild asparagus and black bryony shoots. The first bunch we would bring home had to be forty, at least.” (Maria Faita)

“To help me stop breast feeding, my grandmother used to apply lemon tree leaves on my breast, kept in place by the bra. It worked wonders!” (Eleni Zoumbou)

The common mallow leaves and flowers were commonly used for constipation.

Couch grass is commonly used all over Corfu together with corn silk for passing kidney stones.

They are commonly used as a relaxing tea for mild insomnia.

“When I was a kid, I had an infected weeping wound in my leg. Doctors gave me several medicines but nothing could heal it. An old woman from the mainland used to live at the same village as us. She told my mother to make an herbal poultice and apply it several times a day on the wound. I don’t know what was in the poultice. I only remember the moss. The lady said the moss would protect my leg from sepsis.” (Eleni Neratzi)

Cuckoo pint is a common weed all over Corfu, known for its toxicity. That was one of the plants children learned to avoid from an early age, as its sap can be very irritating to the skin and its red showy but toxic fruits can easily attract kids to taste them.

The only animal known to eat cuckoo pint is the pig and when people wanted to make a new garden somewhere, they always brought pigs in to clean the area of this plant before they started working the land.

It has several names in Greek (fidohorto – snakegrass, drakontia – dragon plant, avgo tou fidiou – snakes eggs), all of them obviously related to snakes, and I was always astonished by the similarity the triangular leaves have with a snake head coming out of the thick undergrowth.

The plant was used medicinally, especially in the mainland. The root was used topically for arthritic pain. The roots were washed and boiled until they became soft and then were applied warm as a plaster on the painful joint.

Another way to use the root was to crush and grind it well in the pestle to become a paste and then boil it with wine until the wine is reduced by half and the root has been completely incorporated. The thick paste left was then applied like a cream on the joint.

The above treatments were really popular in the mainland. In Corfu, only the following story has come up so far on its medicinal use:

“I was down in the Ropa Valley harvesting comfrey and an old lady who was out there with her sheep came up to me. She told me she liked herbs as well. She started talking to me about cuckoopint. She told me that she knew this plant as ‘snake plant’ (fidohorto) and this plant helped her thirty years ago. She used to have problems with her throat, which was inflamed all year round, causing high fever, even during the summer heat. An old lady advised her to try the root of this plant. She told her to go home, lie down and eat a piece of the dried root she gave her, as big as a nail. She explained that she would feel very bad at the beginning. It would burn her mouth and throat but she must not be scared. She was so desperate from not being able to recover that she decided to do what she was told. She chewed the root and ate it. It burned a lot but she had never had another problem with her throat since then.” (Eleni Zoumbou)

I am much impressed with the similarity between these stories and the therapeutic use of the Chinese herb Pinellia ternata (ban xia), which is in the same family. In the book «Η λαϊκή βοτανοθεραπευτική στο Ζαγόρι» (“Traditional Herbal Healing in Zagori Area”, Michael Malamas, 1982) it mentions that the treated cuckoo pint root has been traditionally used in the Zagori area as a cough remedy and an expectorant, as well as a remedy to treat problems in the stomach, especially gastritis and stomach ulcers, due to the gum it contains. The most common use was topically for arthritic pain.

The plant is extremely toxic and it was used only by people that really knew how to do it. This is not a plant to experiment with!

“We used to apply fresh Judas tree leaves on severe burns. I learned that from Katerina Metallinou, the famous bonesetter from Korakiana. She was my aunt. We applied the leaves until they were completely dried and burnt and then we removed them to apply fresh ones.” (Eleni Iona)

Judas tree leaves were also used to protect the bread from burning in the wood oven. The leaves were harvested in August and they were hung in strings from the ceiling for drying. Corn bread was wrapped in these leaves before baking to protect it from fire. (Natassa Chalikiopoulou)

Fresh cheese was wrapped in Judas tree leaves to be preserved. (Maria Faita)

“My mother in law used to apply elderflower poultices on swellings. She also used them as eye
wash for inflamed or tired eyes.” (Fotini Mikalef)

“My mother infused the ferns in olive oil over a low flame and then she strained it, and when completely cooled, she applied it on burns.” (Spiros Nikopoulos)

11. Sonchus, Sonchus oleraceus
“It was used for heartburn in the esophagus after eating.” (Maria Faita)

Leeches are not plants but it was one of the most common natural treatments in old rural Corfu. Spiros Metallinos describes the use of leeches, as following:

“They went to the lake and brought leeches. Usually, it was an old man that brought them from the Merlin area…
He went barefoot in the lake and used himself as bait. They attached themselves to his legs and then he removed them and kept them in a bottle with lake water. He brought them to my father, when needed… He gave him two, three… depending what my father wanted. My father took the leech and applied it wherever he thought he had a problem. Usually, on the legs. The leech was as small as a worm and then it became that big… from the blood it sucked. When the leech was full, it just fell… My mother had a plate with ash close by. She made the leeches disgorge the blood and then she turned them in the ash, she washed them and put them back in the bottle for later use.”

Anna Lavranou told me about the leech therapy:

“The leech can be removed from the skin either when full, so that it will stop sucking or by throwing salt water where it is attached on the skin. After removing the leech, they applied ash on the bite to stop the blood because the leeches’ saliva contains anticoagulants that thin the blood and keep it running. The ash also helped to prevent infections. They applied ash on the wound and on the leech, since they would use it again.”
Bloodletting was mostly used for hypertension and to prevent strokes. 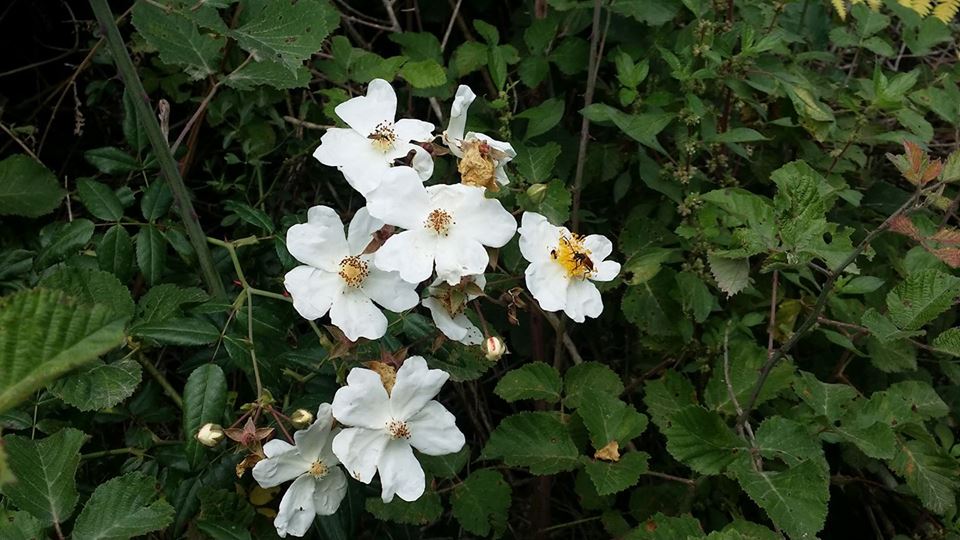 “My grandmother dried wild rose petals, ground them and added the powder to her coffee. She was 92 years old and could thread a needle without wearing glasses.” (Mantalena Trianti)

The species traditionally used is neither the Plantago lanceolata, nor the Plantago major (although both of them exist on the island) but the Plantago Coronopus. The locals call it the “wild plantain” (a herb – not to be confused with the member of the banana family).

“My aunt used to harvest the roots, scrub the little rootlets and boil two handfuls of the chopped root in a liter of wine. She had a small glass in the morning and one in the evening for her spleen.” (Spyridoula Avloniti)